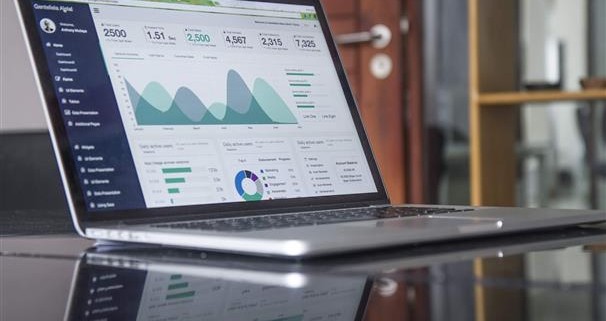 As the saying goes: The journey is the destination! In this journey of quant…um leap, we will take our readers in the world of finance as viewed by a mathematician. Quantitative approach to finance is as old as the field of finance itself. Quant believes in the underlying philosophy that numbers, their analysis and interpretations goes hand in hand. This is the first of the several parts of quant…um leap articles which will help you get your feet wet with the introduction to one of the most talked about subject in the field of quantitative finance today called Algorithmic trading
I very distinctly remember, the year was 2007 and month was August. The biggest trader at our 300 Mn. Dlr. Prop desk in Merril Lynch Tokyo office was losing 2 Mn. dollar every day and was in red by over 8 Mn. Dlr in 4 days, before he could hit the panic button and get out. The tremors was felt everywhere from Goldman Sachs Alpha fund to Renaissance Medallion fund. Quant traders and portfolios were punished globally for being too lackluster, too widespread and too many players sailing the same ship. The aftermath of this tremors gave birth to high frequency or Algorithmic trading, as investors begin to shy away from holding portfolios overnight and started getting into – quick get in and get out mentality. Algorithmic trading as we know of today, amounts to over 67% of the total volumes traded in US. In Europe this figure is about 45% and in Asia about 25% and growing the fastest. Not only the volumes, but profits are mind-boggling too. TABB group in US reported that in 2009, the top 300 Algorithmic trading firms made more than USD 21 Bn. in profits! Whenever, I talk to my engineering background friends, in any major IBanks today, their assignments very closely replicates making whole or part of Algorithmic trading platforms, which are being heavily funded by I-Banks and hedge funds globally to compete in the marketplace.
So how does one start getting into the sea of Algo trading? Well first things first, this is no rocket science. Traders, across India have been doing Algo Trading “manually” for over a decade now. Simple rules, when followed with 100% discipline gives rise to Algo trading. Morgan Stanley, back in 1970’s followed a simple rule. They would sell 1 dollar of Ford shares for each dollar of GM shares they bought whenever there was a relative distortion in the share prices of the 2 stocks. They would play on the rule that Ford and GM both being car manufacturers should move in tandem and hence any short term distortion in their prices would be a temporary effect and they should mean revert back to their long term relationship of moving together. This simple rule, became the cornerstone of statistical arbitrage, one of the most widely used Algo trading strategies globally. Traders form rules, with years of observations in the market. Algo trading merely automates and makes them disciplined so that statistics takes over emotions – when the rule needs to be followed next time in the marketplace. The rules stems from widespread knowhow of technical trading, may be charts, may be simple observations like Nifty having a uni-directional trend in the last 1 hour of trading etc. There is no defined code or logic regarding what the rules could be – but hey! A word of caution – the simpler the rule is the better would be Algo trading strategies. Problem often is that people from mathematics and Ph.D backgrounds tends to miss out on simple and finer details and gets into complex mathematical formulas – but a trader who can see his charts and identify simple buy and sell rules – tends to get an upper hand. The reason is not very hard to imagine think of why Apple’s iPad was a huge success and Windows Tablet was a dud! Intuitive and simple strategies are easy to understand, easy to code, easy to manage and easy to monitor on a day to day basis thereby paving way to more profits in the real world.
Scroll to top